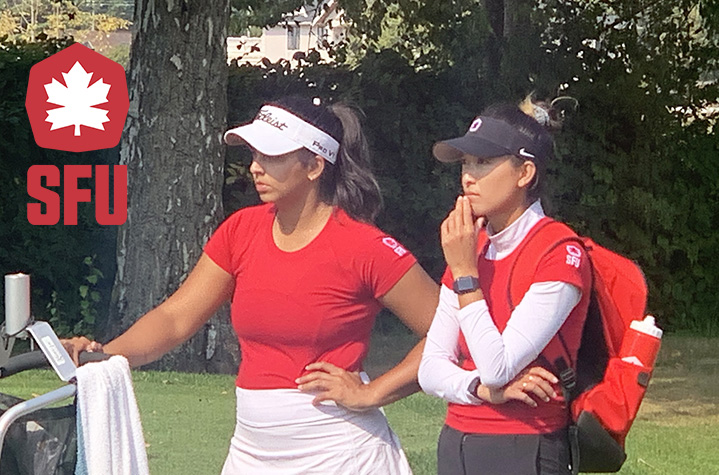 They were the best days of her golfing life and as Kat Kennedy reflected upon them she wondered if she could perhaps recreate them in a different kind of way.

Not as a player, but as a coach. And as it turned out, not with her UBC alma mater, but with Simon Fraser University.

Kennedy is just a couple of weeks into her new job as the SFU golf program’s first full-time assistant coach and is loving every minute of it.

“It is something I have dreamed of doing after experiencing university and varsity golf myself,” says Kennedy. “And once the opportunity came up, I wanted it.”

SFU Head Coach Matthew Steinbach couldn’t be happier to have Kennedy on board. “She is the right person at the right time and exactly what our program needed,” says Steinbach.

Kennedy brings to SFU a winning pedigree. She won 11 individual titles with the UBC Thunderbirds between 2013 and 2017 and was the NAIA’s player of the year in 2017. Kennedy was part of 15 team titles in her time at UBC and won the Canadian University/College individual title twice and helped UBC win the team title three times.

The seeds for Kennedy’s move to SFU were planted during a chance encounter with Steinbach at the B.C. Women’s Open at Mayfair Lakes in Richmond this past May. Kennedy was competing as a player and Steinbach was caddying for a former SFU player in the same group.

“As the round was going on, Kat and I just chatted and she was asking a lot of questions about SFU and getting into coaching and helping the women’s program and all these things,” Steinbach says. 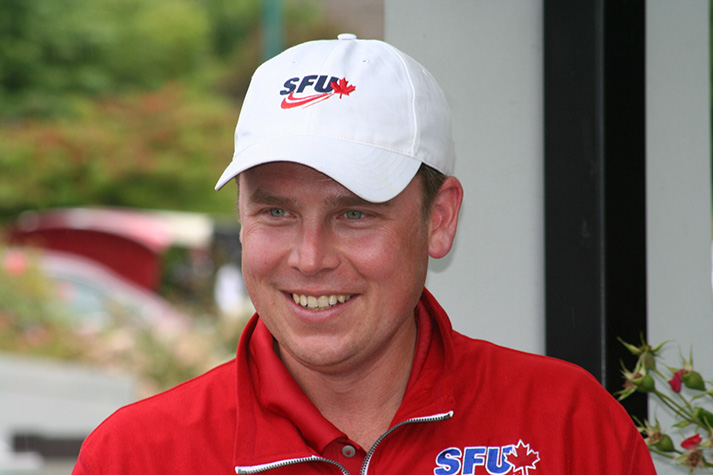 “I didn’t think much about it at the time because I was in caddie mode, but it was a couple of weeks later when I was reflecting on it and realized those weren’t normal open-ended questions, that was someone asking for information. So, basically, I reached out at that point and said ‘hey, do you want to have a chat and see what’s next.’”

Kennedy is in the getting-to-know-you process with her team. The SFU women’s team opened its season Sept. 12-13 at the True North Classic, which was played at Richmond Country Club. Kennedy spent both days walking the course with the players.

“Right now it’s just a lot of asking questions to see what style they like and what gets them into their zone,” Kennedy says. “So there is a lot of learning for me right now.”

Kennedy will work with both the women’s and men’s squads at SFU, but will travel with the women to their NCAA Division II tournaments. She will also ease the recruiting load on Steinbach.

The women’s team is young, with five freshmen coming on board this season. The 27-year-old Kennedy, a native of Okotoks, Alta., will lean heavily on her past experience as a highly successful collegiate player to help her in her new role.

“I think my strengths are definitely from my experience as a varsity athlete,” she says. “I understand the challenges and the balance a student-athlete needs. I have been in their shoes and can relate to them. I want to be a support system that they can lean on.”

Steinbach says Kennedy is already making an impact with the program. “We have already seen it in the first two weeks,” he said. “From a player standpoint we have felt the impact immediately. Her playing experience, her competitiveness, her understanding of how to win as a player but mostly as a team, that’s so important to team culture. And especially with five freshmen, she has their trust and they follow her immediately just because of her pedigree and where she is from.

“As a person she is absolutely amazing, she is asking so many questions, she is learning every day. You can just tell this is where she wants to be. She is all in.”

Kennedy says she did not feel uncomfortable slipping on the colours of the newly named SFU Red Leafs after all those years as a UBC Thunderbird. “You know what, it feels great,” she says.

“I love UBC and I am learning my way as a SFU coach. I think your heart can be in two places and I cherish all the memories and the time I had at UBC, but at the same time I am extremely excited to learn from that and to learn from these athletes and help create a championship program here at SFU.”