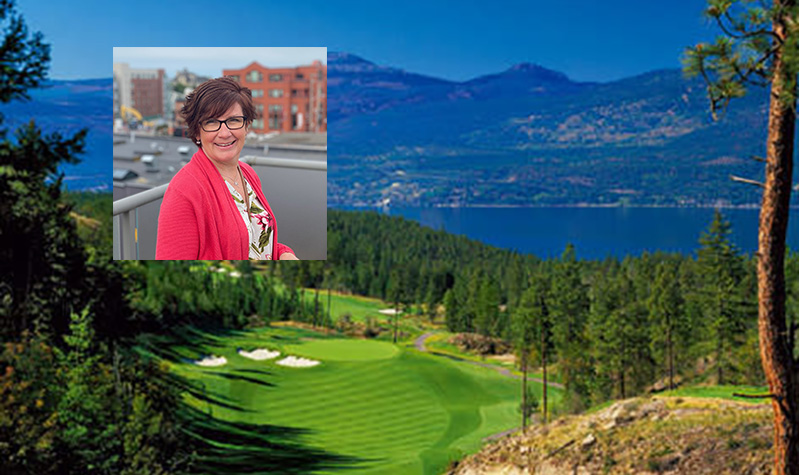 The British Columbia golf industry and tourism sector lost a great champion and friend with the recent passing of Trisha Larsen.

Larsen, who was 54, died after a battle with pancreatic cancer. She founded The Web Advisors marketing agency in 2011, but Larsen’s involvement with and promotion of the British Columbia golf industry goes back nearly three decades...

Larsen started working in the golf industry at The Harvest Golf Club in Kelowna in 1994 and later led the sales and marketing team at Predator Ridge in Vernon.

After moving to Vancouver Island, Larsen began doing golf consulting work with the then fledgling Golf Vancouver Island group. It was after moving back to the Okanagan that Larsen founded The Web Advisors and grew the agency into a tourism marketing powerhouse.

“Trisha was a tourism marketing leader in British Columbia, and her impact on golf and destination marketing has been instrumental in the growth of many organizations around the province,” The Web Advisors said in a statement.

“Her energy, insight and drive will be sorely missed by her team and surely felt across an industry she was so passionate about. It is impossible to convey in words the tenacity to do great work that Trisha brought to every effort.. She was truly a special person that cared deeply about all those she worked with.”

Chris Elder first met Larsen when he was on the board of Golf Vancouver Island and Larsen was doing marketing for the organization. Elder joined The Web Advisors in 2013 and is now its managing director. “Personally, I have lost a friend and a mentor,” said Elder, who credits Larsen for helping establish British Columbia as a golf destination.

“Her tenacity, her drive, her passion for golf in this province brought it to where it is at this point,’ Elder said. “I truly know it wouldn’t have the awareness in destination markets like California without the efforts of Trisha.”

“Trisha believed passionately in the quality of golf within the province. She possessed the skills and expertise to share that passion with golfers everywhere. British Columbia Golf offers our deepest condolences to her family as well as the staff at The Web Advisors.”

Larsen is survived by her husband Claus and sons Jared and Cohl. In lieu of flowers, Larsen’s family has requested that donations be considered to your local SPCA or the B.C. Cancer Foundation.